This project was successfully delivered under budget and to schedule, which was altered to accommodate any owner changes that were ordered. The design and construction team created unique features to capture the owner’s vision and often presented mock-ups prior to installation to ensure expectations. The project team worked as an extension of the owner and spent lots of time walking the jobsite with the client to make certain he was pleased with the progress and outcomes.

The general contractor maintained a full-time superintendent who remained active and on-site during working hours. The owners of Enterprise Builders Corporation frequented the site as part of the firm’s Quality Assurance/Quality Control protocol and offered inspections and advice based on decades of experience. The glowing feedback from the owner and occupants serve as a testament that collaboration paired with quality equate to a successful project.

One major challenge of this project was creating a clean appearance for a floating cloud ceiling structure. The innovative design by the owner, architect and contractor faced difficulties due to the less than pleasant existing conditions of the ceiling space, which was cluttered by colored cables, old sprinkler systems, exposed piping and years of wear. The general contractor worked closely with the project team to complete the entire build-out and to create the floating cloud structure with a clean ceiling space which was made possible by strategic paint accents, finishes to deck, sealantsand the relocation of many conduits, pipes and trays. The input from the owner, architect, contractor and subcontractors proved to be successful as the finished project boasted an open and modern architectural feature to match the motif of the build out.

Communication and coordination were critical as this 64,000sf project was completed on a tight schedule, within a fully operable building and with an involved client over 1,000 miles away. Skype and conference calls became part of meeting procedures and allowed the owner to remain involved and influential when working through distance. Safety measures for the occupied building were taken seriously as pedestrian paths we laid out, strict safety guidelines were outlined, and off hour work took place. 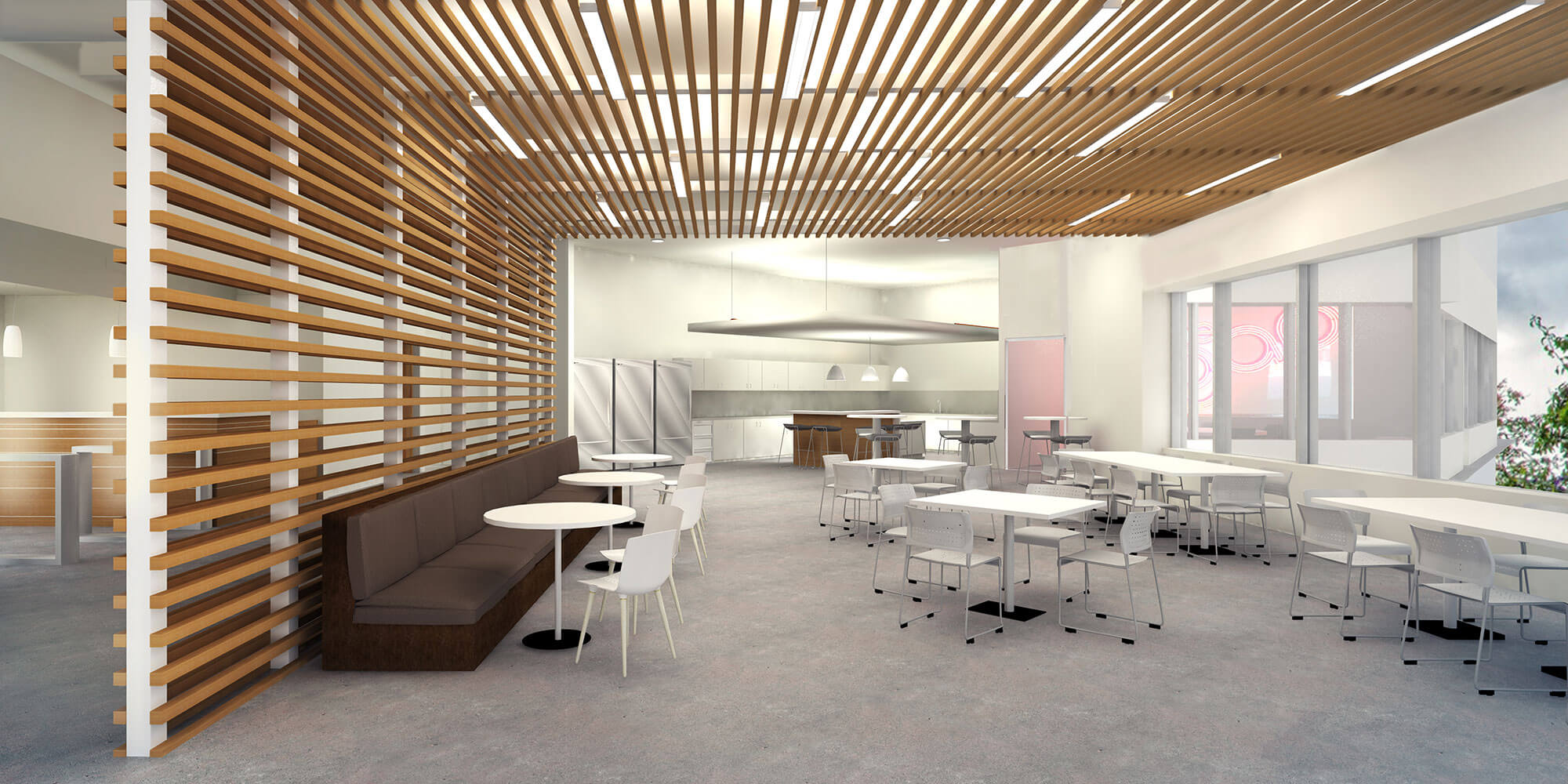