This project was an interior remodel of space previously occupied by Dekker/Perich/Sabatini. The building was purchased by a group of investors headed by Maestas & Ward, as a new location for their offices as well as Prime Properties, their property management branch. Maestas & Ward decided to take the easternmost 8,000 s.f. of the building and lease or sell the remainder. As one of the premier commercial real estate firms in the region, Maestas & Ward wanted to project an image of contemporary sophistication without being trendy or pretentious. The layout is a combination of open office areas and enclosed offices and in order to bring natural light into the innermost core of the space, the enclosed offices were situated toward the interior, with the open office areas at the perimeter. Daylight filters through the open areas and through the glass fronts at the enclosed offices. Light/sound baffles are suspended in the curved vaulted ceiling that runs the length of the building. These maple panels control sunlight that enters through the south facing clerestory windows, and through the use of butt-glazed glass at the top of the lobby and conference room walls, they draw one’s eye through the entire length of the space. Another feature is the bank of ‘phone booths’ that allow for private telephone conversations in an open office environment. All of the work on this project was interior, with the exception of the patio that was constructed into the face of an existing berm at the east end of the building. The patio is approximately 4’ below the adjacent street, which allows the surrounding masonry wall to provide a visual and sound buffer for the patio. 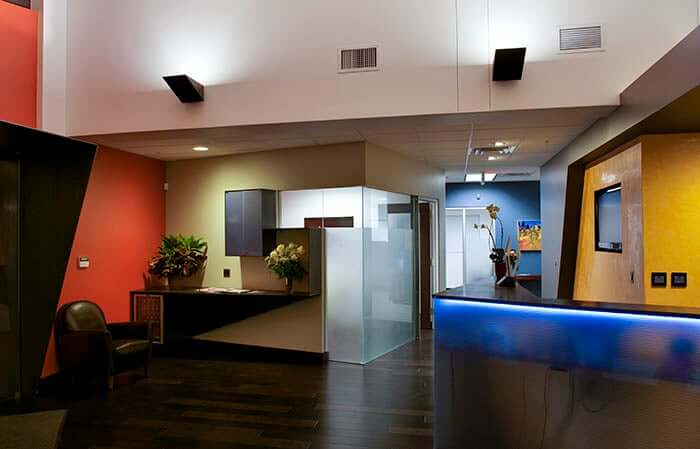 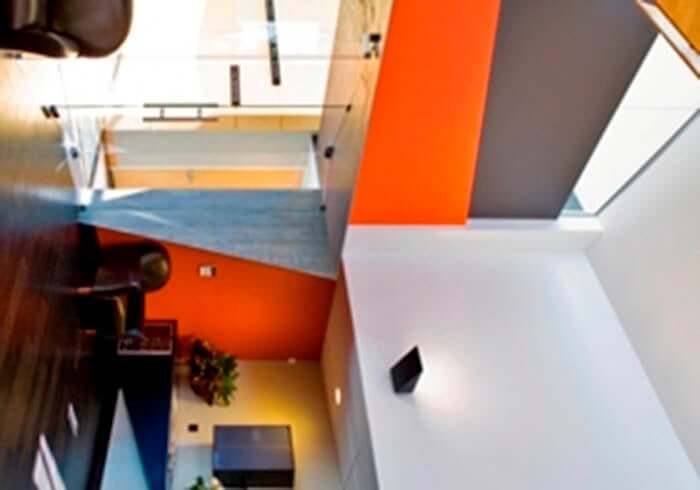 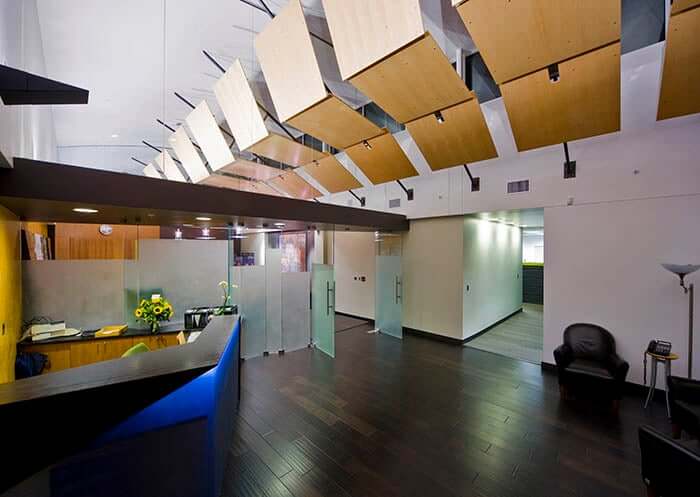 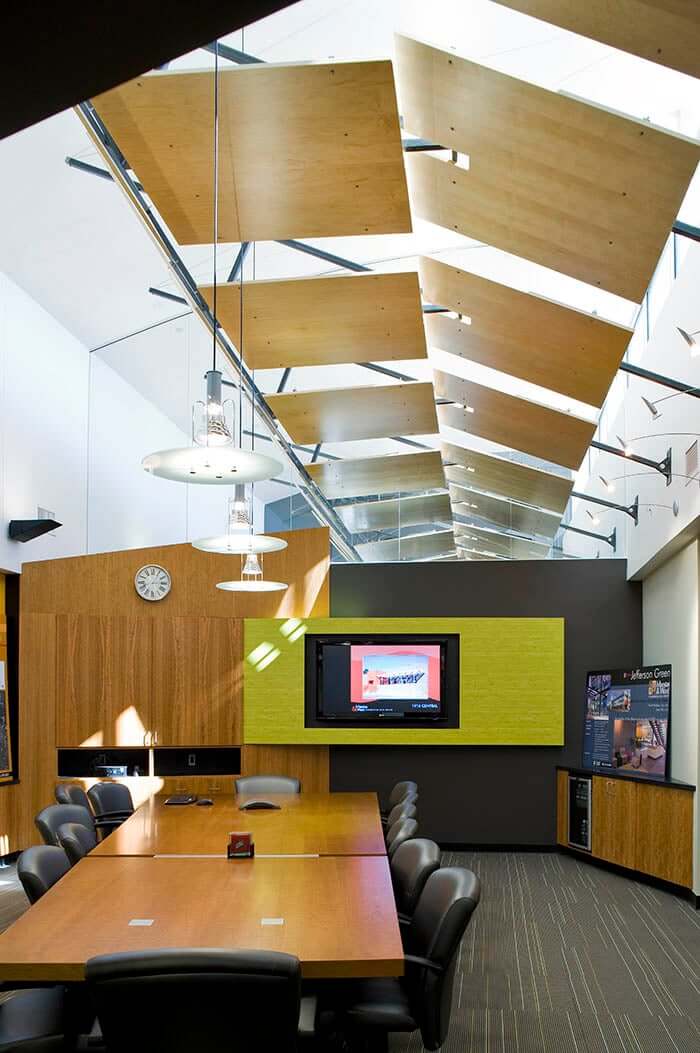 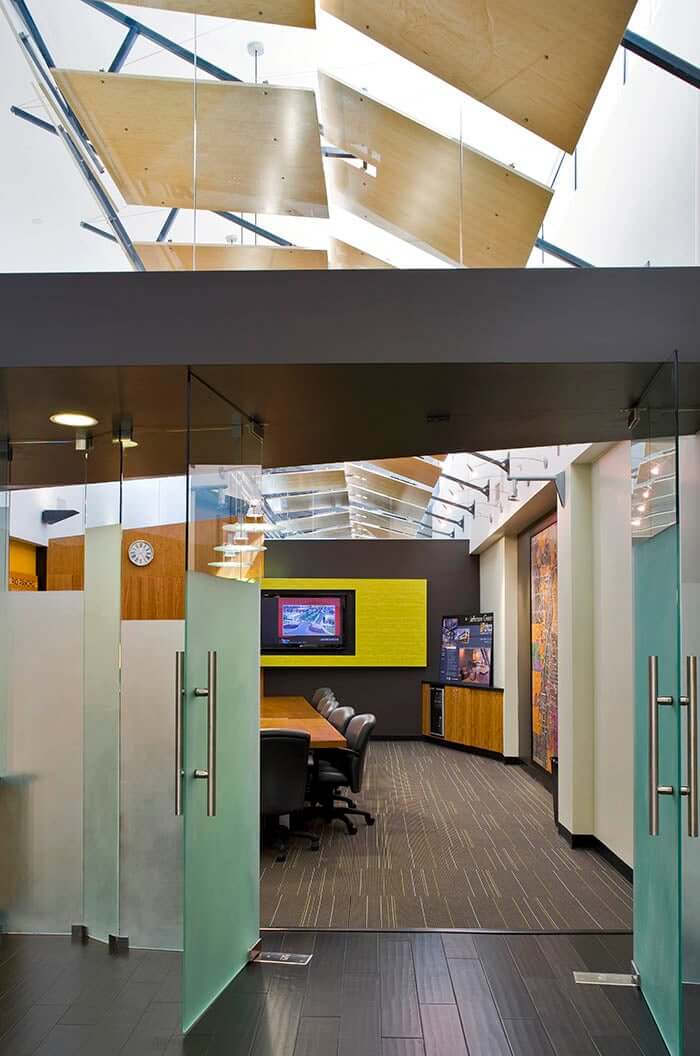 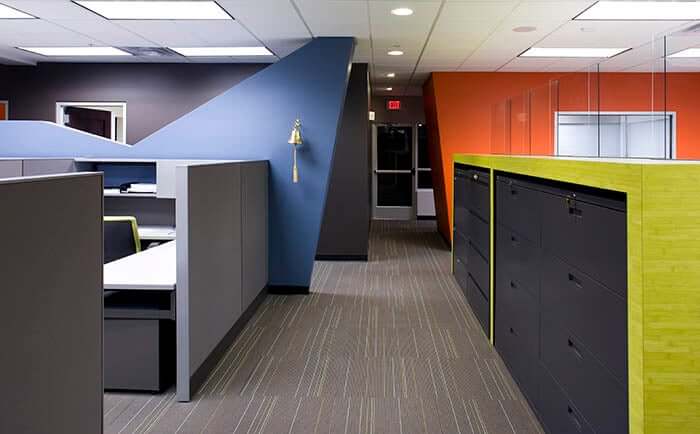 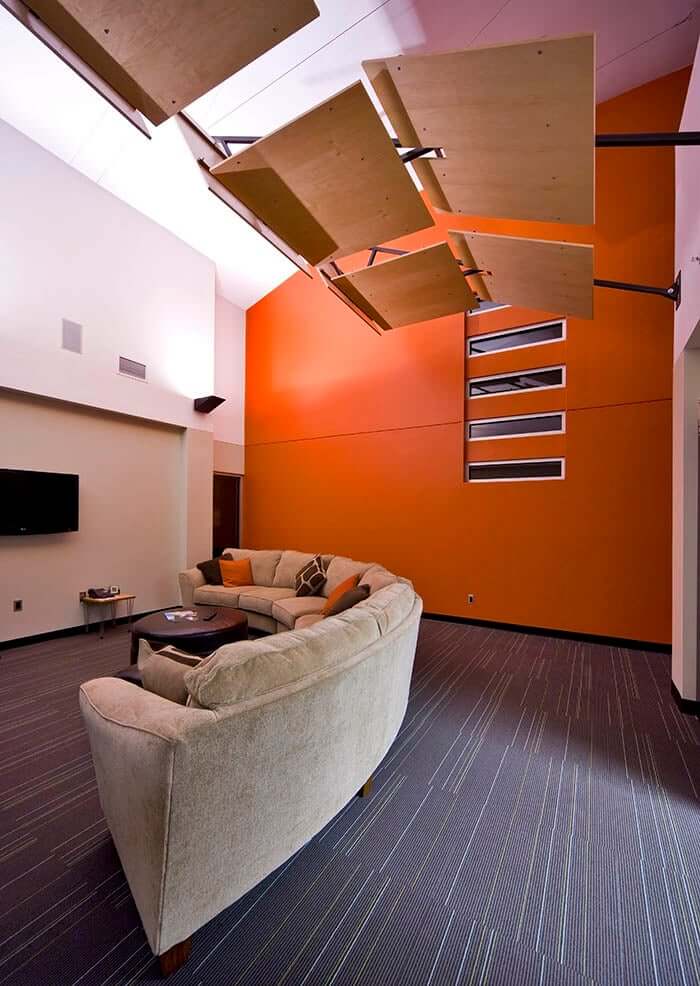 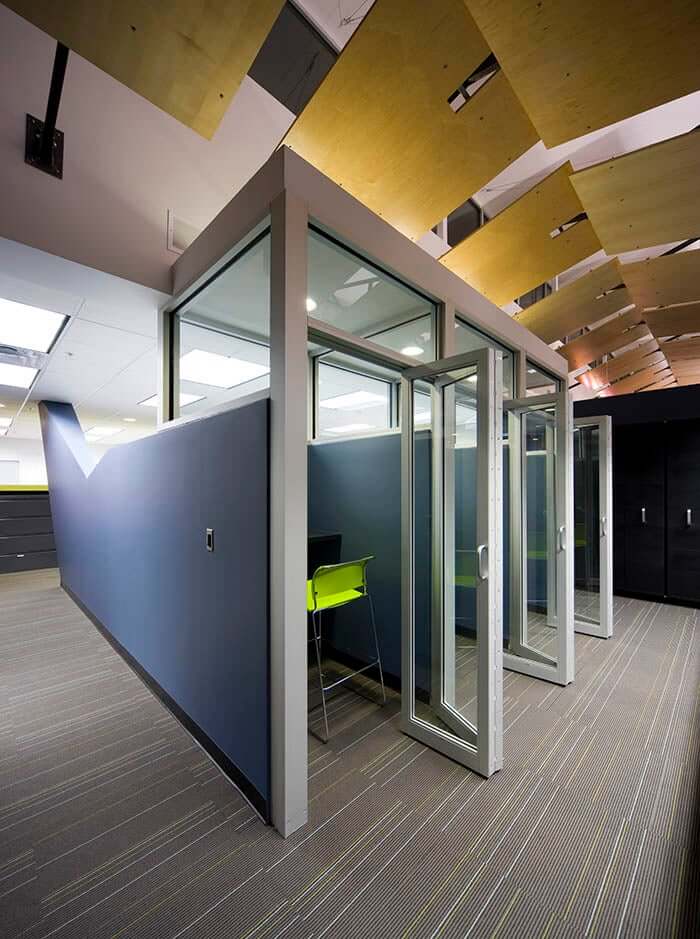 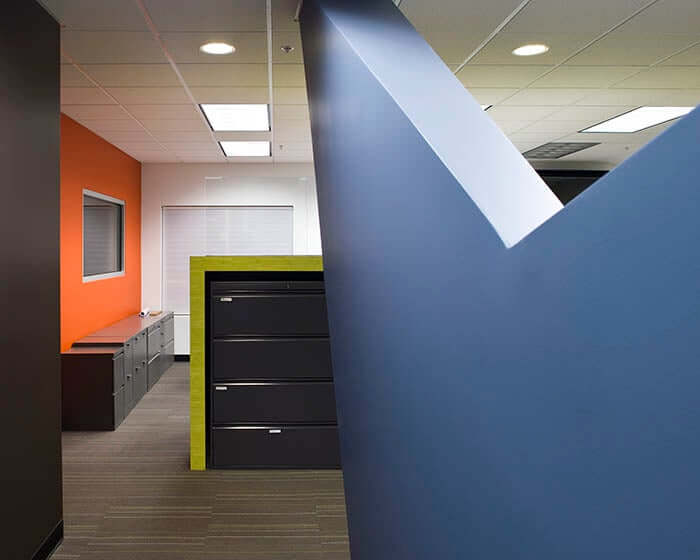