Phase 3 of The Presbyterian Rev. Hugh A. Cooper Administrative Center is an 84,400sf addition to the existing 320,000sf headquarters office building for PHS leadership, the health plan, and clinical support staff. It incorporates the latest effective strategies for workforce productivity, recruitment and retention, and long-term operational efficiency.

To tie into the existing buildings and maintain a cohesive campus, the new three-story Phase 3 building addition is designed to match the existing facility and reflect PHS’s brand and culture. The new building creates more general office space to enhance the four work modes – Focus, Collaborate, Learn, and Socialize – and support ongoing increases in staff for Presbyterian Healthcare Services. At capacity, the new office space can ultimately house an additional 500 employees to the existing 2,100 staff at the campus.

The addition is narrow, similar to the wings on the Phase 2 building, and oriented to minimize heat gain while maximizing views and natural light for the occupants of the primarily open office environment. Closed office functions, such as conference rooms, are located at the core of the building, while workstations are along the perimeter to maximize daylight and views. Flexible systems furniture supports long-term flexibility, allowing PHS to more easily rearrange workstations as needs change. The design strategy and aesthetics are carried throughout the new addition for a seamless integration into the existing facility. 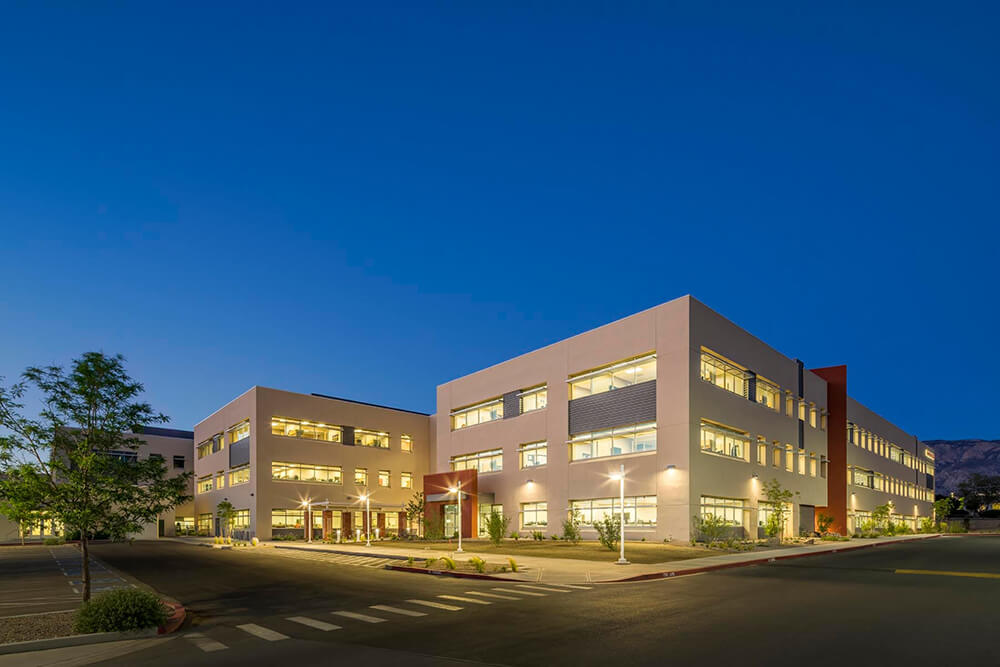 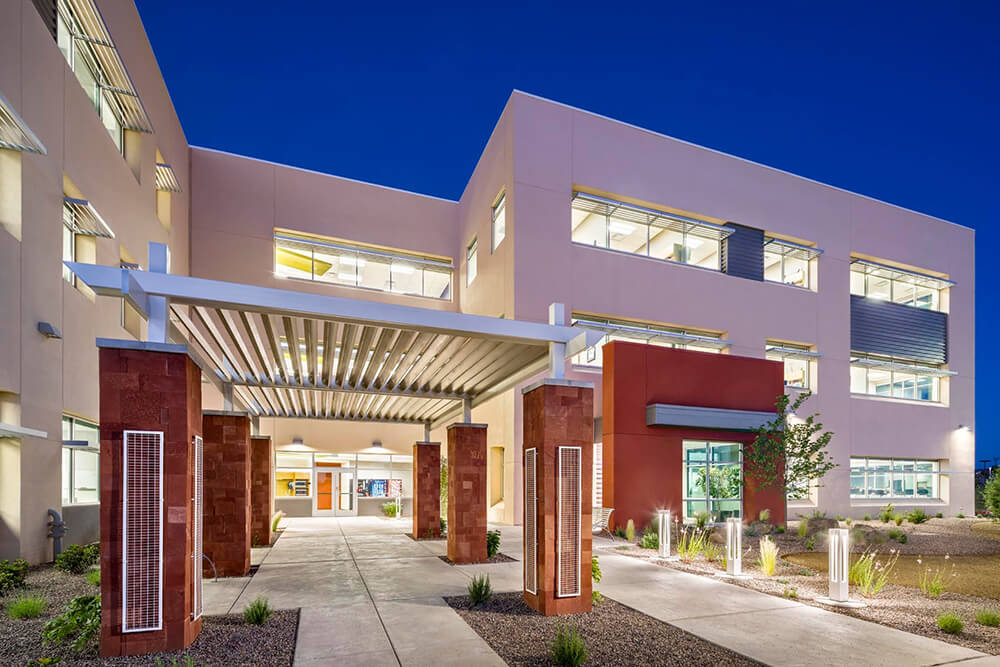 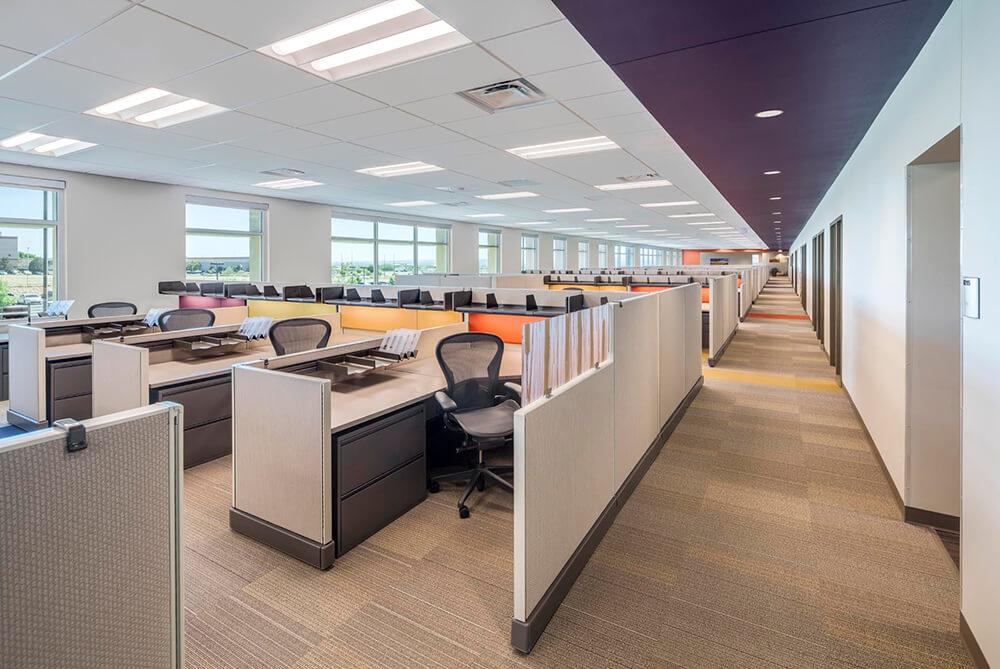 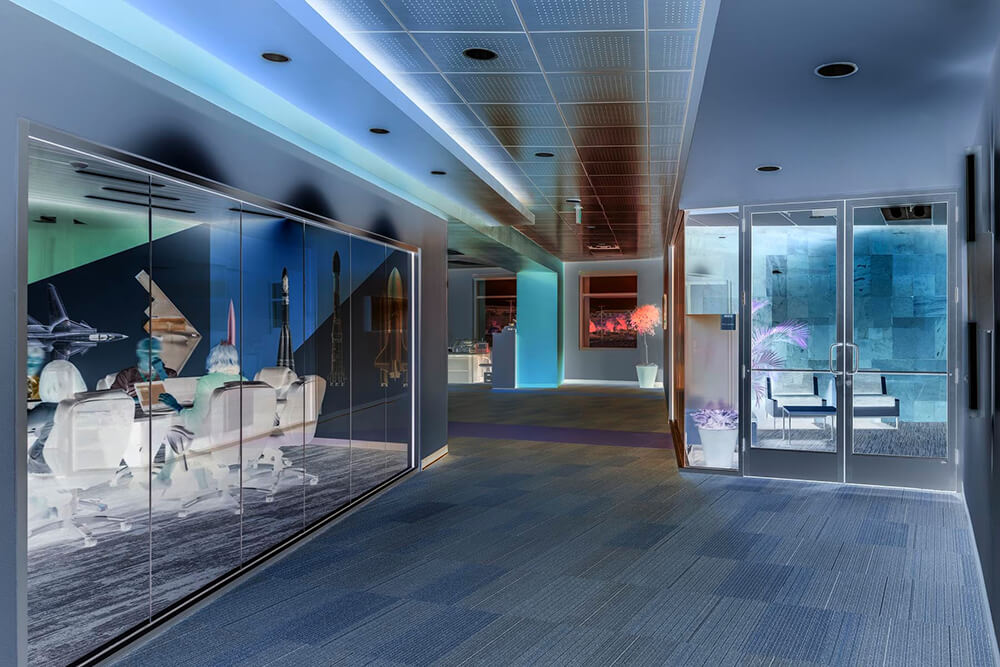 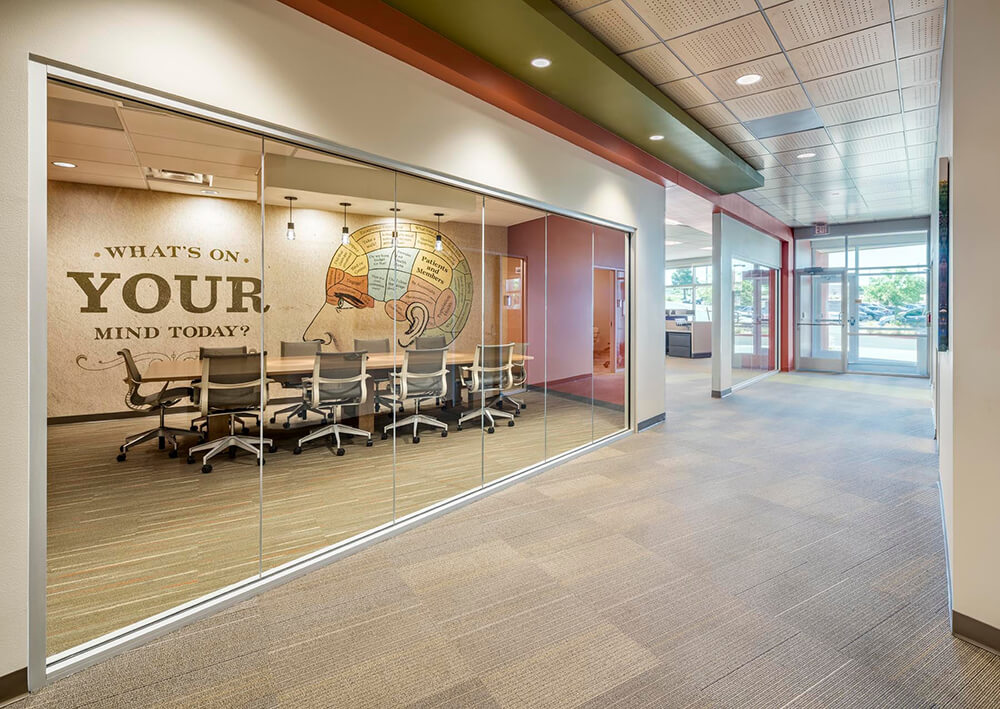 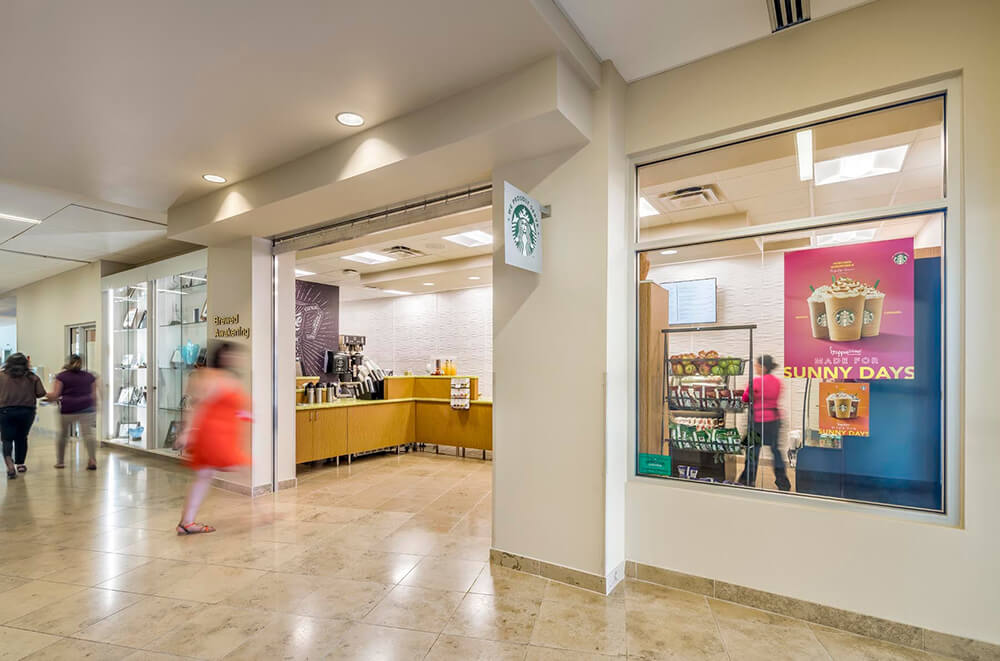